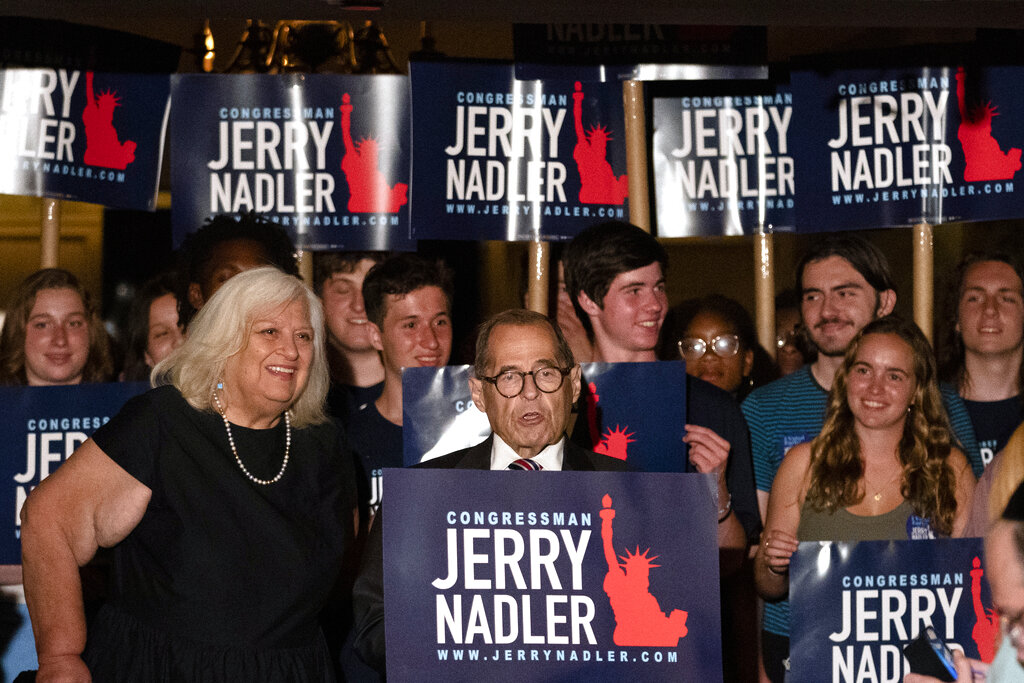 NEW YORK (AP) — U.S. Rep. Jerry Nadler has defeated U.S. Rep. Carolyn Maloney in a Democratic primary after a court forced the two veteran lawmakers into the same New York City congressional district. As the chair of the House Judiciary Committee, Nadler twice led fights to impeach former President Donald Trump. His victory ends a 30-year run in Congress for Maloney, who fought to get government aid for people sickened by clouds of toxic soot after the Sept. 11 attacks. The unusual battle between incumbents resulted from a redistricting process that lumped Nadler’s home base on the west side of Manhattan together with Maloney’s on the east side.