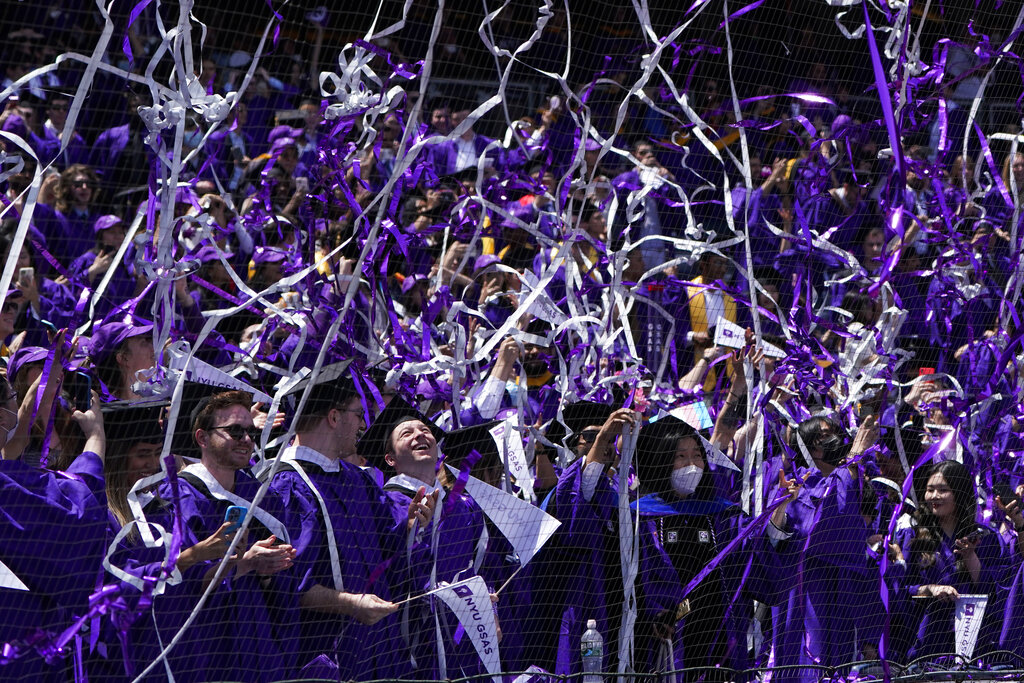 WASHINGTON (AP) — President Joe Biden on Wednesday is set to announce his long-delayed move to forgive up to $10,000 in federal student loans for many Americans and extend a pause on payments to January, according to three people familiar with the plan. Biden has faced pressure from liberals to provide broader relief to hard-hit borrowers, and from moderates and Republicans questioning the fairness of any widespread forgiveness. The delay in Biden’s decision has only heightened the anticipation for what his own aides acknowledge represents a political no-win situation. Down-to-the-wire decision-making has been a hallmark of the Biden White House, but the delay on student loans reflects the vexing challenge confronting him in fulfilling a key campaign promise.

Photo: Confetti drops on graduates as they celebrate during a graduation ceremony for New York University at Yankee Stadium in New York, on May 18, 2022. President Joe Biden is expected to announce Wednesday Aug. 24, 2022 that many Americans can have up to $10,000 in federal student loan debt forgiven. (AP Photo/Seth Wenig, File)