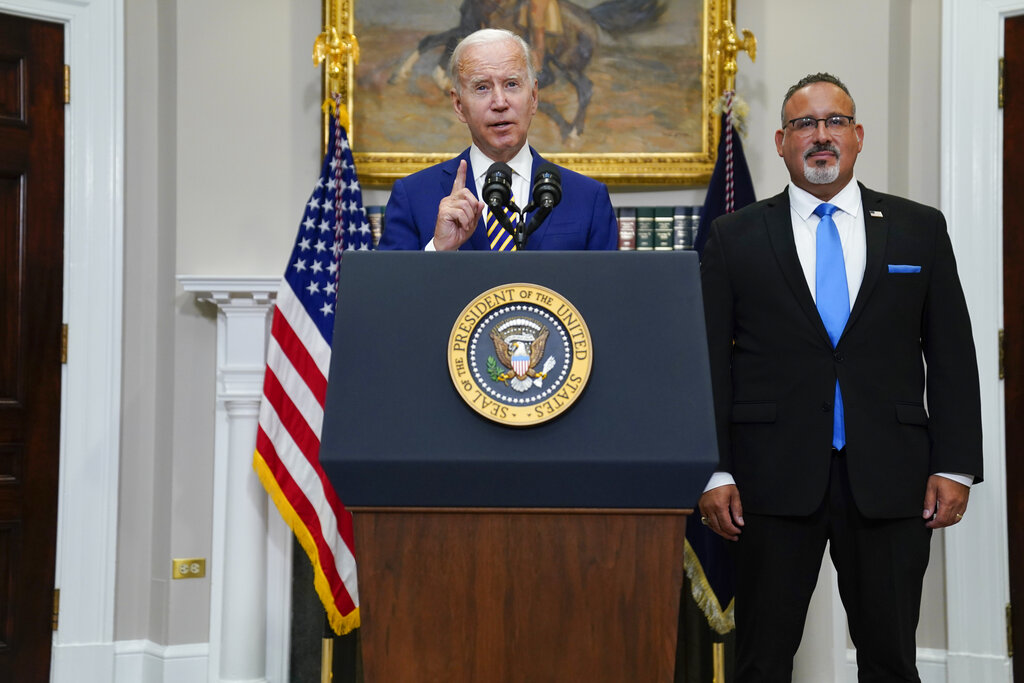 WASHINGTON (AP) — More than 40 million Americans could see their student loan debt reduced — and in many cases eliminated — under President Joe Biden’s long-awaited forgiveness plan. Biden’s announcement Wednesday was a historic but politically divisive move in the run-up to the midterm elections. Fulfilling a campaign promise, Biden is moving to erase $10,000 in federal student loan debt for those with incomes below $125,000 a year, or households that earn less than $250,000. He’s canceling an additional $10,000 for those who received federal Pell Grants to attend college. It’s seen as an unprecedented attempt to stem the tide of America’s rapidly rising student debt. But it also faces nearly certain legal challenges.