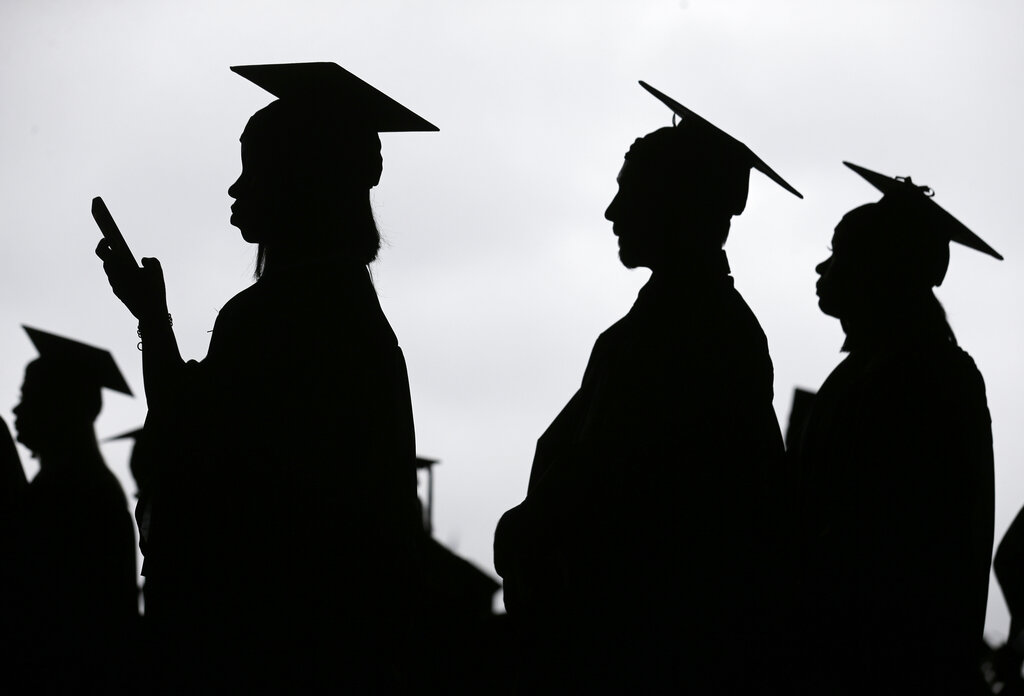 (AP) — For the millions whose entire student debt is being wiped out, the Biden administration’s announcement on forgiveness means new freedom to move, start a family or keep a low-paying but fulfilling job. But for many others, the long-awaited plan brings bitterness and frustration. Many student loan borrowers feel left out, perhaps because they didn’t qualify for federal loans and had to rely on private loans, which won’t be forgiven. Other Americans resent the break current debtors will receive because they had already paid off their debts, or worked to avoid college loans, or oppose the move on philosophical grounds.

Photo: FILE – In this May 17, 2018, file photo, new graduates line up before the start of the Bergen Community College commencement at MetLife Stadium in East Rutherford, N.J. (AP Photo/Seth Wenig, File)