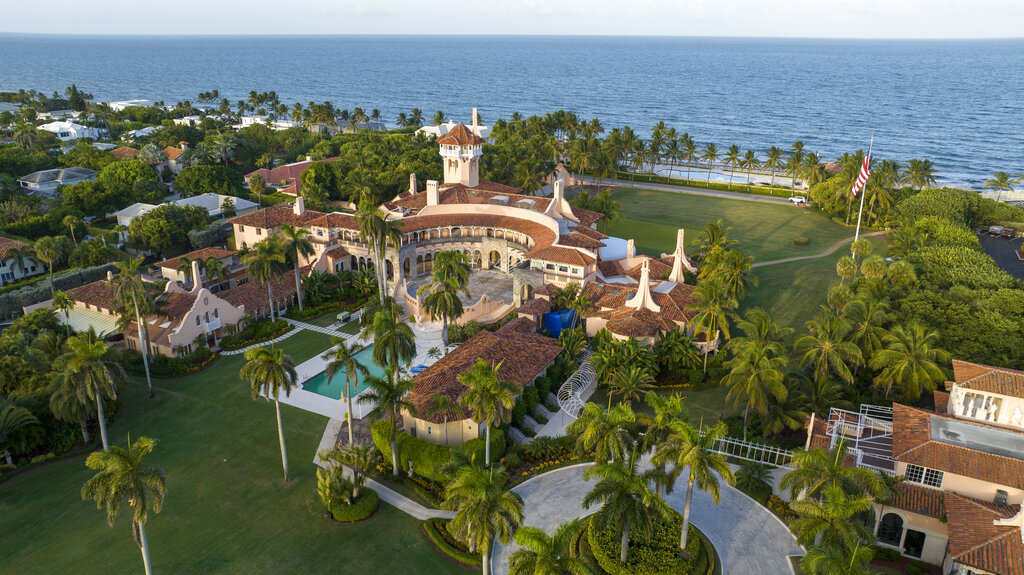 WASHINGTON (AP) — The Justice Department is set to release a heavily blacked-out document explaining the justification for an FBI search of Donald Trump’s Florida estate earlier this month, when agents removed top secret government records and other classified documents. The document, expected by noon, is likely to offer at least some new details about an ongoing criminal investigation that has brought fresh legal peril for Trump just as he lays the groundwork for another presidential run. Justice Department officials are expected to have removed sensitive details about witnesses, and the scope and direction of the probe, but even a redacted affidavit may contain some fresh revelations.

Photo: FILE – An aerial view of President Donald Trump’s Mar-a-Lago estate Aug. 10, 2022, in Palm Beach, Fla. A judge on Aug. 25 ordered the Justice Department to make public a redacted version of the affidavit it relied on when federal agents searched the Florida estate of former President Donald Trump to look for classified documents.(AP Photo/Steve Helber, File)