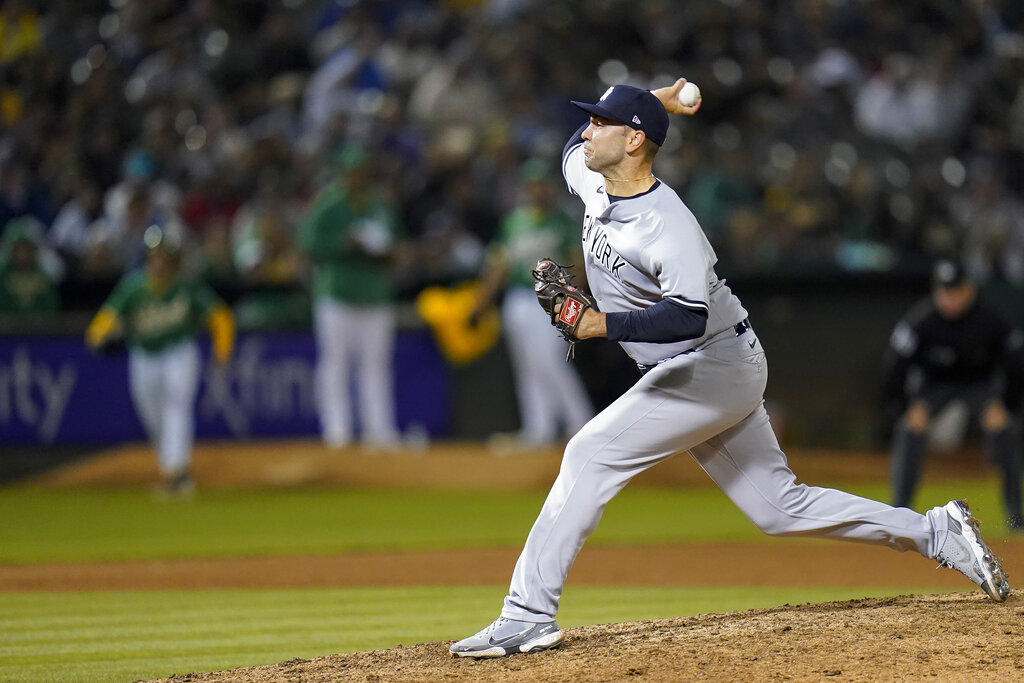 OAKLAND, Calif. (AP) – Yankees reliever Lou Trivino got a tap on his shoulder as he warmed up in the bullpen alerting him he had on the wrong jersey: the No. 50 belonging to Jameson Taillon instead of his own 56. Trivino pulled off his sweatshirt to throw his pitches and the problem became clear. Trivino laughed it all off, saying, “It wasn’t the first time, it’s probably not the last.” He joked he wanted some attention since he wasn’t playing.