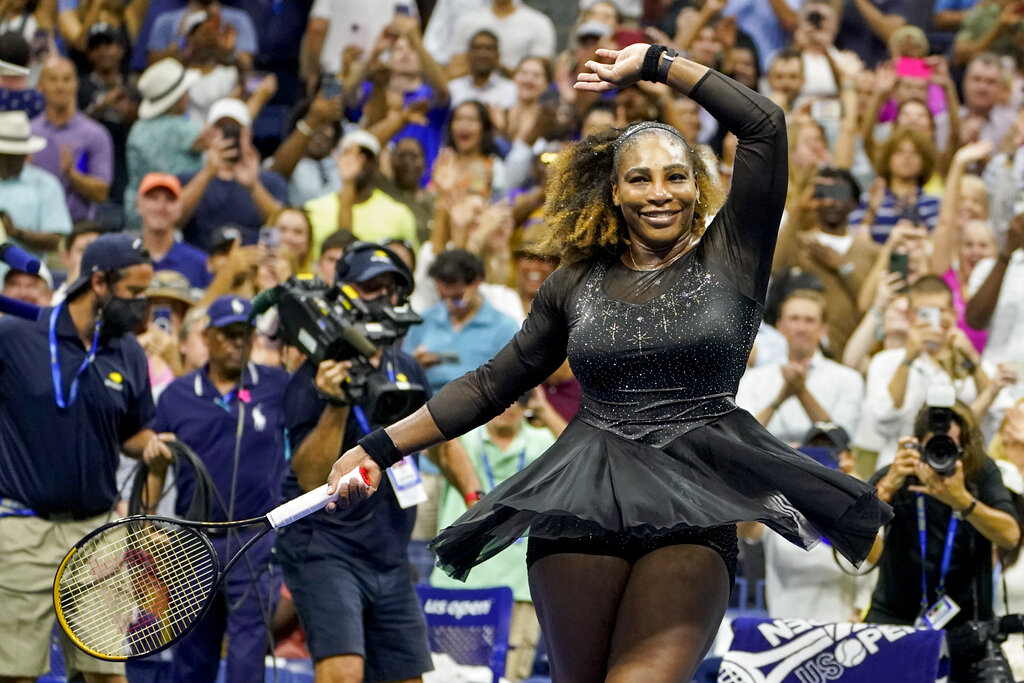 NEW YORK (AP) — Serena Williams has won her match in the first round of the U.S. Open. Williams beat Danka Kovinic 6-3, 6-3 under the lights in Arthur Ashe Stadium. Williams is a 23-time Grand Slam champion who turns 41 next month and has said she is ready to move on from her playing days. After her victory Monday night, Williams said she has been intentionally vague about whether the U.S. Open will be her last tournament — and wants to keep it that way. She will play again Wednesday in the second round of singles against No. 2 seed Anett Kontaveit.

Photo: Serena Williams, of the United States, waves to the crowd after defeating Danka Kovinic, of Montenegro, during the first round of the US Open tennis championships, Monday, Aug. 29, 2022, in New York. (AP Photo/John Minchillo)