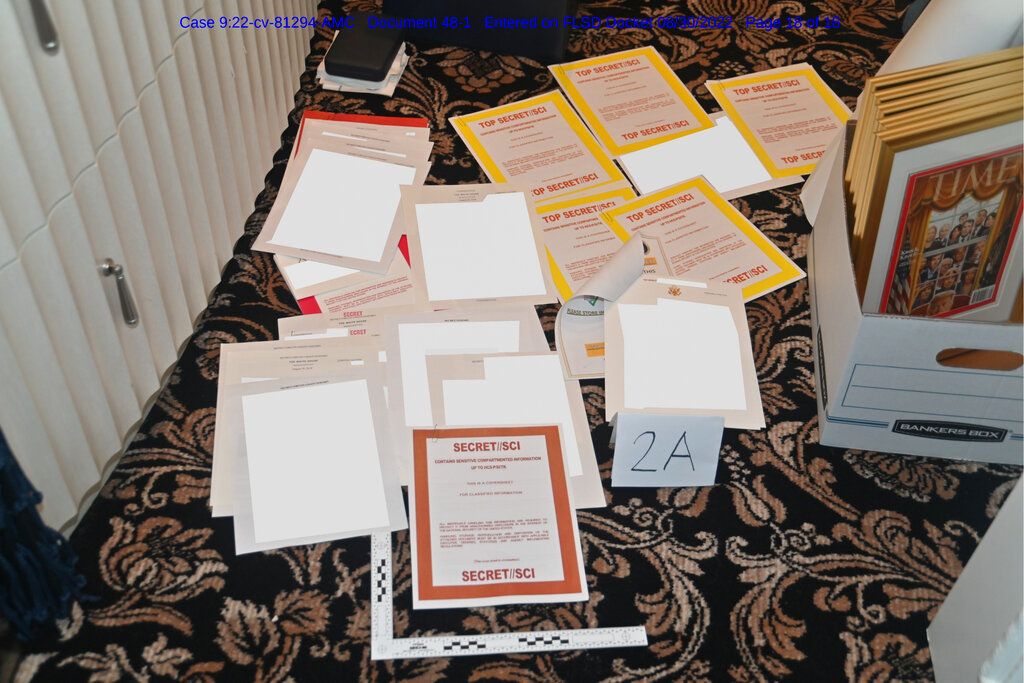 WASHINGTON (AP) — The Justice Department says classified documents were “likely concealed and removed” from former President Donald Trump’s Florida estate as part of an effort to obstruct the federal investigation into the discovery of the government records. A court filing made Tuesday night shows the FBI also seized 33 boxes containing more than 100 classified records during its Aug. 8 search of Mar-a-Lago and found classified documents stashed in Trump’s office. The filing lays out the most detailed chronology to date of months of strained interactions between Justice Department officials and Trump representatives over the discovery of government secrets.

Photo: This image contained in a court filing by the Department of Justice on Aug. 30, 2022, and redacted by in part by the FBI, shows a photo of documents seized during the Aug. 8 search by the FBI of former President Donald Trump’s Mar-a-Lago estate in Florida. The Justice Department says it has uncovered efforts to obstruct its investigation into the discovery of classified records at former President Donald Trump’s Florida estate. (Department of Justice via AP)