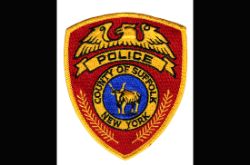 Bay Shore, NY- A 16-year-old was taken into police custody over the weekend after police say he allegedly shot a man outside a baby shower in Bay Shore. Suffolk County Police say on Saturday night, at approximately 7:05pm, two teenage girls were engaged in a fight in front of 1651 Pine Acres Blvd.

Officials say a 41-year-old Queens man, tried to break up the argument between the girls and that’s when a 16-year-old male, fired a handgun, striking the Queens man in the leg. The shooting victim, Vincent Peredaviz, was transported to South Shore University Hospital in Bay Shore with serious injuries. The 16-year-old boy who allegedly fired the weapon, was charged with Assault 2nd Degree and Criminal Possession of a Weapon.