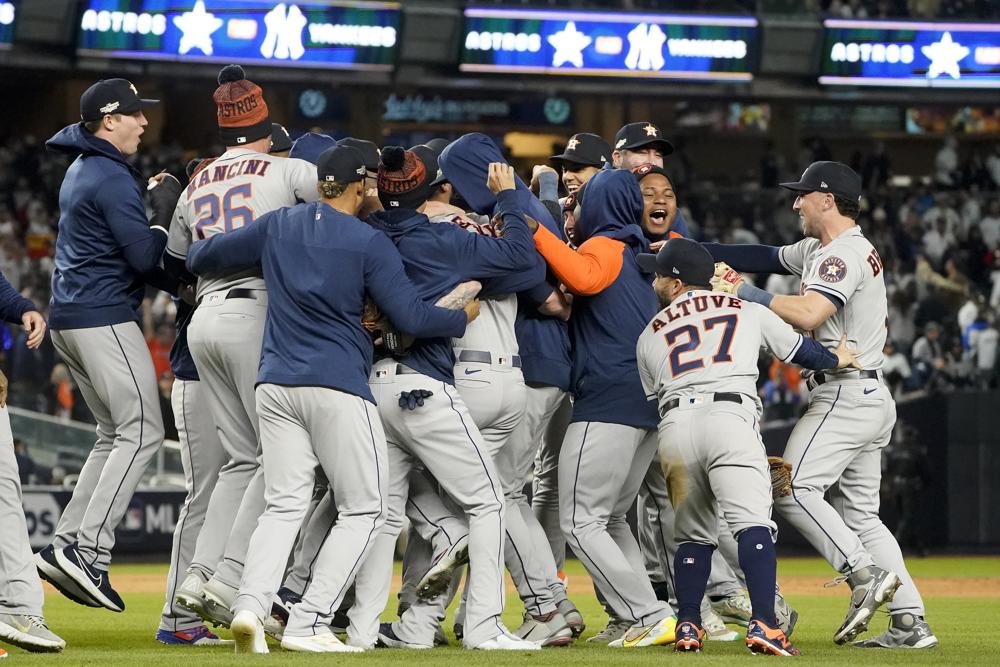 Yordan Alvarez and Alex Bregman delivered big hits and Houston advanced to the World Series again, finishing a four-game sweep in the AL Championship Series with a 6-5 victory Sunday night aided by another defensive gaffe from New York.

Taking advantage of a costly error by second baseman Gleyber Torres to produce the go-ahead rally in the seventh inning, the Astros won their second consecutive pennant and fourth in six years.

“It’s surreal. You dream about this stuff when you’re a kid,” he said. “We’re a step away from the ultimate goal.”

Perfect in the playoffs, Houston opens the World Series at home Friday night against Bryce Harper and the wild-card Philadelphia Phillies, who beat San Diego to close out the best-of-seven NLCS in five games.

It was the first time both pennants were decided on the same day since 1992.

After losing to Atlanta in last year’s World Series, Houston is 7-0 this postseason, earning the fifth pennant in franchise history and another chance at its second championship.