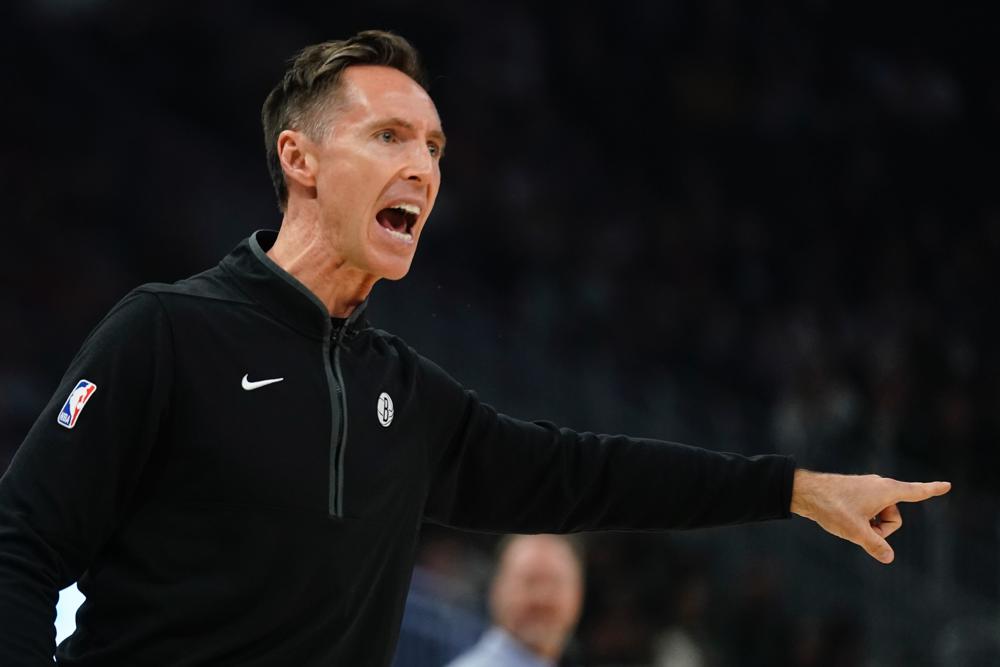 The Nets announced Tuesday that they had parted ways with the Hall of Fame point guard, a day after they beat Indiana to improve to 2-5.

Nash made it to this season after Kevin Durant said he wanted him out this summer, but not much longer. The Nets have been another mess, with bad play on the court and bad headlines off it.

The biggest — again — was created by Irving, who posted a link to an antisemitic work on his Twitter page last week, drawing criticism from Nets owner Joe Tsai.

“Since becoming head coach, Steve was faced with a number of unprecedented challenges, and we are sincerely grateful for his leadership, patience and humility throughout his tenure,” general manager Sean Marks said in a statement.

“Personally, this was an immensely difficult decision; however, after much deliberation and evaluation of how the season has begun, we agreed that a change is necessary at this time.”

The Nets may move quickly to replace Nash. A person with knowledge of the matter said the Nets were in discussions with suspended Boston coach Ime Udoka — a former Brooklyn assistant who is not with the Celtics this season because he was found to have violated team rules by having a relationship with a female staffer within the organization. The person spoke to The Associated Press on condition of anonymity because those talks were not revealed publicly.

Nash led the Nets to a 92-62 record and the playoffs in both full seasons, his first as an NBA coach. But they lost Irving and James Harden to injuries during their second-round loss to Milwaukee in 2021, then were a first-round flop last season after trading Harden during the middle of the season.

Much of the Nets’ problems during the latter season were caused by Irving being unavailable for most of their home games because he refused to get vaccinated for the coronavirus, as mandated at the time in New York City.

Nash handled it all as best as possible, but apparently not good enough for his best player. Durant said he wanted to be traded this summer if the Nets didn’t fire Marks and Nash, but Tsai stood by them and Durant eventually pulled back his request.

Nash downplayed that before this season began, saying he didn’t believe the reports were entirely true and that they had quickly talked through their issues.

But things started poorly this season and Nash gave some his hardest criticism of the team during his tenure after their loss to Indiana on Saturday night, calling their defensive effort a “disaster” and saying he didn’t see desire or will.