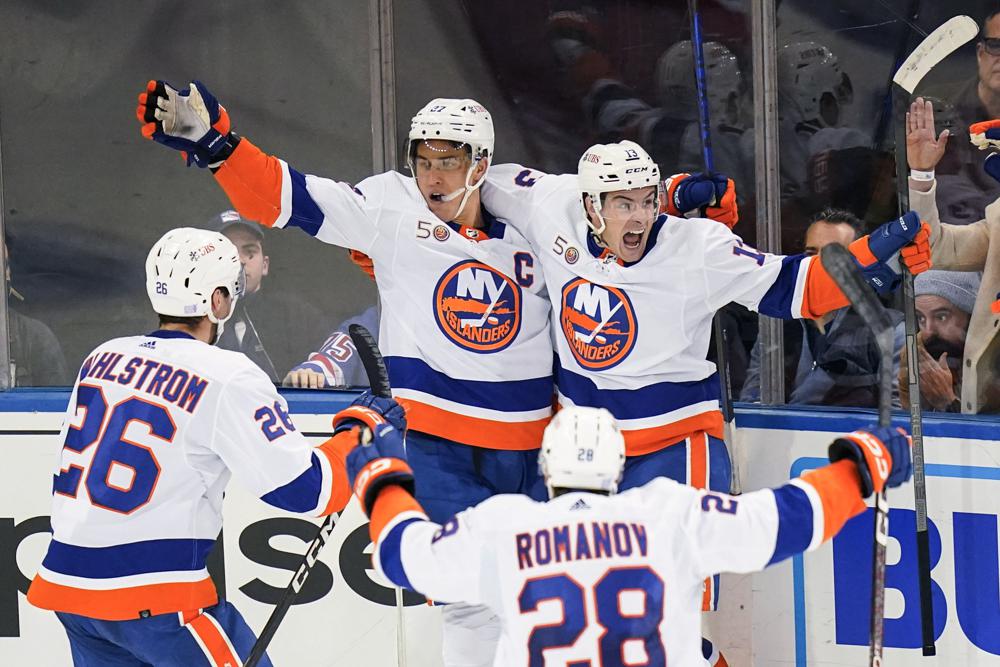 The Rangers were ahead 3-1 heading into the third at Madison Square Garden before Pelech scored his first of the season 14 seconds into the period.

Nelson tied it on the power play with his sixth goal at 12:46 before Lee put the Islanders ahead at 14:30. Kyle Palmieri also scored for the Islanders. Zach Parise had two assists.

Semyon Varlamov made 37 saves for the Islanders, who won for the seventh time in eight games.

“This team, we have confidence in each other,″ Palmieri said. ”It’s a rivalry, an emotional game. We have guys with a lot of pride in the room.”

Lee said the quick third-period strike from Pelech provided a momentum shift, especially at a raucous Garden where the Islanders historically raise their level against their longtime rivals.

“It settled everything down, made it a one-goal game,″ Lee said. ”Giving us that chance right away was huge … and this was a big game in a big building for both sides. These are games you want to win.”

It was the second straight night the Islanders rallied from a two-goal deficit in the third to win, doing the same against Calgary at home before scoring in overtime. They also rallied in similar fashion at home against Colorado for a 5-4 victory on Oct. 29.

“It speaks volumes to the character in this room,″ added Lee, who leads the Islanders with eight goals. “We know what we are capable of when we play the right way. This is a veteran group that has been through a lot.”

The Rangers lost their third straight at home and have only three wins in nine games at The Garden, where they were dominant last season, winning 27 of 41 games.

The Islanders have outscored their opponents 25-11 in third periods this season. They blanked the Rangers 3-0 on Oct. 26 at home to start a five-game winning streak.