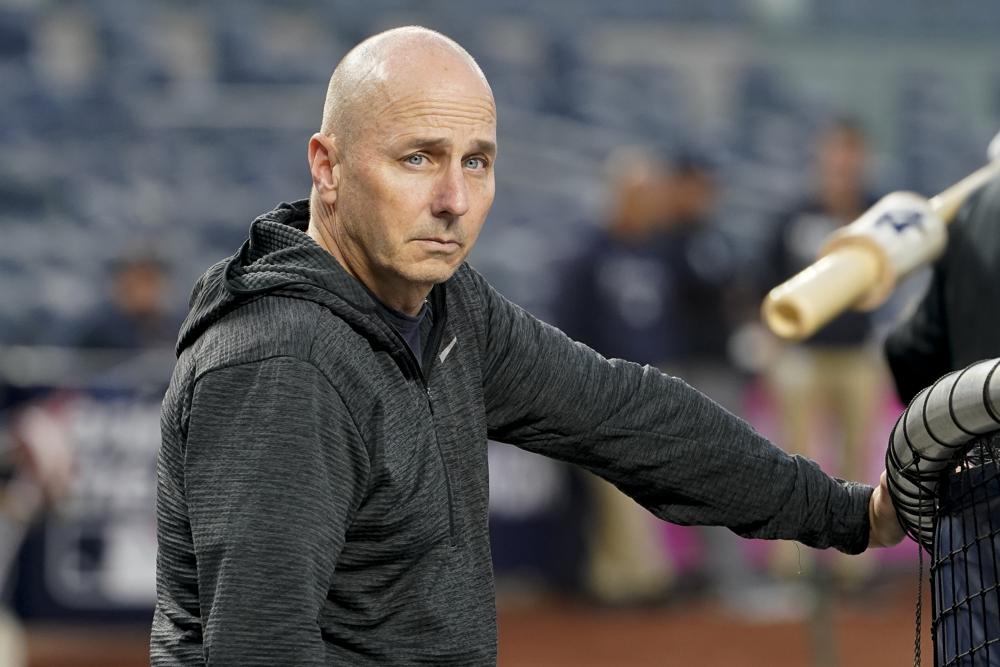 SAN DIEGO (AP) — Brian Cashman has signed a four-year contract to remain the New York Yankees Senior Vice President and General Manager. The announcement was made Monday during the first day of baseball’s Winter Meetings.

Cashman, New York’s GM since 1998, had been working on a handshake agreement since early November, when his five-year contract expired.

The Yankees were swept by four games in the AL Championship Series and haven’t reached the World Series since winning in 2009. It is the franchise’s longest title drought since an 18-year gap between 1978-96.

Judge hit an American League-record 62 homers this season with a .311 batting average and 131 RBIs. He turned down the Yankees’ offer on the eve of opening day of a seven-year contract that would have paid $213.5 million from 2023-29.

While Judge remains on the market, Cashman was able to re-sign Anthony Rizzo on Nov. 15 to a two-year contract worth $40 million after turning down a $16 million player option.

Cashman has been the Yankees general manager since 1998. He has been with the organization since 1986, when he was a 19-year old intern in the scouting department. In his 25 seasons as GM, the Yankees have reached the postseason 21 times, including four World Series championships and six American League titles.