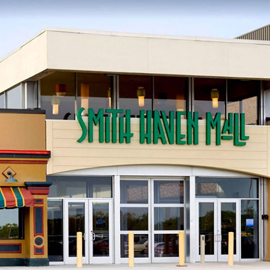 A woman made fake bomb and gun threats at the Smith Haven Mall on New Year’s Day.

Officers say it happened a little after 4 p.m. on Sunday when police received a 911 text message claiming a bomb was inside the Lake Grove mall.

Another text message from the same number claimed a woman was armed with a gun inside the mall.

Police searched the mall and determined there was no threat.

28 year old Tasia Morales of Amityville who is an employee at one of the stores in the mall, was arrested for making the reports.

Morales is now charged with falsely reporting an incident. Police say Morales may be linked to three or four other incidents involving text messages to 911.

Morales is out of jail on supervised release. There is also a full stay away order of protection against her so she cannot return to the mall.